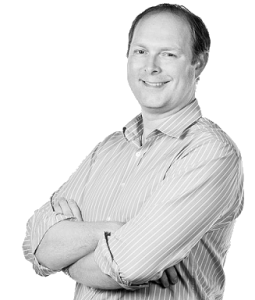 A few years ago a hairdresser friend of mine told me about how someone had come into his salon and tried to sell him a booking system for a silly amount per month. He went on to ask me if I could create something that does the same job for less!

I thought about it for about 10 seconds and said “Yes, of course I can”! What’s more, I think we can do it for as little as £10 per month for a basic system…

We spent the next 6 months working together to design something that was easier and quicker for him to use than his paper diary and something that would cost him less to run than one missed appointment per month! I even spent most of those 6 months actually sitting in the salon with him, watching him work,talking to his clients and the beautician who worked there too and whenever they were quiet, asking them of their opinion on what I was working on to constantly make sure it was in line with what he and his clients wanted.

At the time he thought he had about 300 clients, he was a relatively quiet hairdresser in a small town, just about making a living and most of his clients were walk-in appointments, he didn’t record their contact details, and had no idea how often anyone came in or how long it had been since their last appointment.

We went live in September of that year and after using DiaryBooker to record his clients contact details and appointments in parallel with his paper diary for about 3 months he phoned me up and asked me to listen to something, there was a thud at the end of the phone, I wasn’t sure what it was, then he told me it was the sound of his paper diary falling into the bin. He said he no longer needed it as he was now recording all his appointments and customer details on DiaryBooker, and his paper diary was slowing him down!!

At this point he had over 1,000 customers registered in his DiaryBooker account and decided to move to bigger premises. He used DiaryBooker to text all his customers to let them know he had moved, offering them a 20% discount off all appointments in the first week. Many of his clients popped in to see the new place and commented about the text that they had received, some even booked appointments right there and then!

He has since moved again, expanded his salon, hired more staff and now has over 2,500 registered customers and is making a very comfortable living from his business!

We want to help you make that same transformation in your business.